In defence of Principals who make mistakes 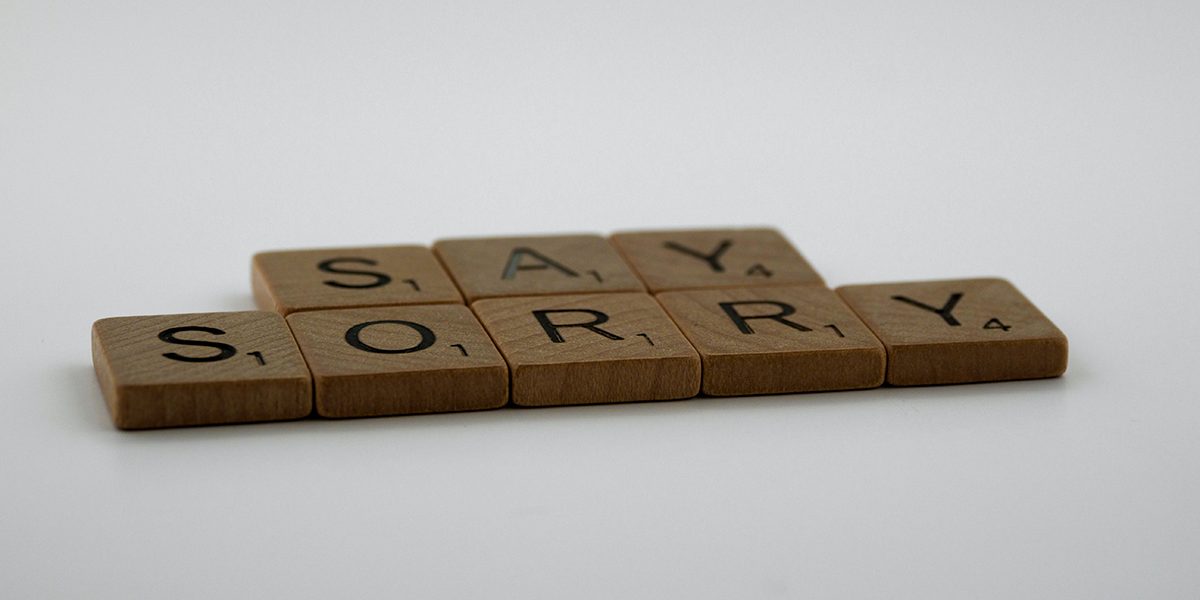 Jane Boyle, the Principal of Brauer College, made a mistake when she asked her boys to stand and apologise to the girls of the school, on behalf of their gender, for the misogyny they experience growing up.

But the response to it across our country has been embarrassing and far more damaging than Boyle’s error.

The boys of Brauer College are going to be just fine, evidenced by the fact that most of them have delivered just this kind of apology before.  But apparently, the mortal wounding isn’t so mortal if the apology is forced by a parent.

So, before we collectively channel Maude Flanders, of The Simpsons fame, posting abusive versions of “Won’t somebody think of the children” perhaps those parents amongst us who have ever forced one of our children to apologise to the other can pause for thought.

I’ve certainly committed that parental blue.  I remember an instance where my teenage daughter had turned off a video game console just as her younger brother was about to reach a top score.  He was left somewhere between shattered and enraged.

I was tired and, frankly, sick of their bickering.  The best parenting I could muster at the time was an grumpy “Hey, apologise to your brother!”

She delivered the kind of apology that only a teenage girl can deliver.  The flick of the hair was perfectly accompanied by a sneer of contempt before the singular word “Sorry” passed her lips as her eyes rolled almost into the back of her skull.

It was the worst kind of apology.  My son completed the final move in our choregraphed apology dance with a glum “That’s ok” and we were done.

Here’s the good news.  We all survived my mistake and this semi-regular dalliance into crappy parenting.  None of us experienced adverse levels of guilt, distress or psychological trauma.  We just got on with it.

And that’s exactly what the parents of Brauer College should be doing right now.  Jane Boyle screwed up and her attempts at a symbolic moment of importance were misguided and a bit confusing for a few students who didn’t get the gesture and thought they’d literally wronged the female students of the school.

But the ill-informed commentators of the world can’t just let Boyle own a harmless error and get on with her important work.

Channel Nine wheeled out Gus Worland onto The Today Show to fervently inform any parent of a Brauer College student that “everyone on the planet thinks it’s a disgrace” and that he’d be “furious” in their shoes.

Worland, whose qualifications to comment on issues in education seem to be once meeting cricketer Sachin Tendulkar and filling our screens with Jenny Craig ads for a few months a few years back, and his types are determined to inspire us into vehement overreactions and the vilification of Boyle.

Comments beneath Nine’s tweet promoting Worland’s hand-wringing included “This is emotional child abuse”, “This is one of the sickest and most twisted things I’ve heard of” and “Sack the headmaster and don’t let her near kids again until she gets psychiatric help for her issues”.

I’m a former School Principal and I know, from experience, that it’s this kind of cruel, vitriolic and unnecessary pile-on that’s a huge part of why they are leaving the profession in droves and why we’re in a parlous state when it comes to finding decent applicants, especially in the schools where great Principals are needed most.

But I don’t know Jane Boyle.  I’d like to.  The reason I’d like to have a cuppa with Boyle is that I’ve asked around the traps about her and found that people are saying she’s an honest person, experienced, kind and a pretty handy School Leader.

When we castigate our Principals and publicly destroy their credibility, particularly over absurdly tiny mistakes, we undermine the professionalism of the entire profession.

We make our Principals scared and insular at the very time that we most need them to try new things and find innovative ways to advance the educational outcomes of the nation and to address the plethora of social problems that we insist they take responsibility for fixing.

And now, we’re simultaneously losing our minds over the first school who tries to do something about it.

If we want our kids to grow up with a keener sense of gender equality, we might just consider modeling a better kind of grown-up to them as a starting point.