They already know about consent 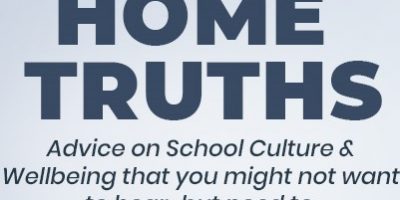 So, we find ourselves at a big, fat, media-fuelled fork in the road when it comes to this issue of teaching our students consent as a means for addressing the societal challenges around sexual abuse and misogyny.

On one side of the fork, we have our tried and trusty method of plugging some behaviour change programs and guest speakers into our schools under the misguided belief that if we tell kids about consent … then they’ll be aware … and then they won’t do it.

Sadly, for the next generation of girls who’ll be subjected to the same vile treatment being dished out by entitled men of all ages – it doesn’t work.

Why doesn’t it work?  Because they already know about consent.

They know rape and sexual aggression is a no-no.  The problem for our emerging men isn’t a lack of awareness.  It’s a lack of interest.

We’ve followed this fork in the road before, you see.  We’ve made students aware of drugs, aware of bullying, aware of smoking, aware of gang violence and aware of unprotected sex … but we’ve barely made a dent in any of those issues.

Awareness isn’t enough and this time, for the sake of our girls, we need to be stronger.

Let’s take the other fork in the road.

Let’s be brave enough to admit that our attempts to shortcut and program our way to a better future were futile.  Look, at least we meant well.

Let’s instead commit to raising our kids, our boys, in a culture cooperatively designed by parents and educators to install respect, empathy and inclusion within every interaction … instead of every second Wednesday afternoon.

Let’s not outsource the responsibility to raise stronger kids to companies who sell awareness programs … or even to each other.

Let’s establish a culture of community around our kids that’s committed to responsibility over blame, repair instead of destruction and unity instead of fracture.

Let’s do that … and see what kind of amazing young people we end up with.  They might just be the kind of young people who both rape and get raped far less.

PS. This whole leading of new kind of School Culture can be daunting. Keen to take just the first steps in the right direction? Join me at Leading School Culture in Melbourne (Tuesday 25th May), Sydney (Thursday 3rd June) or Brisbane (Tuesday 15th June) and we’ll get the ball rolling in your school … together.