Last week, I was having a chat with a Wellbeing Coordinator at a large secondary school that we Partner with.

Her school is implementing Restorative Practices as a foundation of their whole school culture and it’s been a challenging and rewarding ride for them … and that’s just so far! 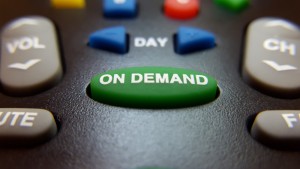 We’re often impatient when it comes to large scale change. We bemoan our students’ collective inability to delay gratification and their “on demand” mentality. Waiting doesn’t seem to be something that they’re great at. But perhaps we aren’t either.

What I’m delighted about is that this school has been able to do the work, without major instantaneous rewards, and they are now reaping the benefits of sticking the course. At this stage of 2016 they had suspended 17 students, and as of the end of May 2017 they have only suspended four students. That’s a phenomenal shift that, seriously considered, can really only be achieved through a long-term commitment. That level of behavioural shift just can’t be achieved with a quick fix.

I’ve deliberately not named this wonderful Partner School (because really – who wants to brag about suspension data?!). But they know who they are. They also know that they aren’t special, ridiculously talented or lucky. They just do the work, keep doing it and then do some more.

Have you got the stamina to play the long game?